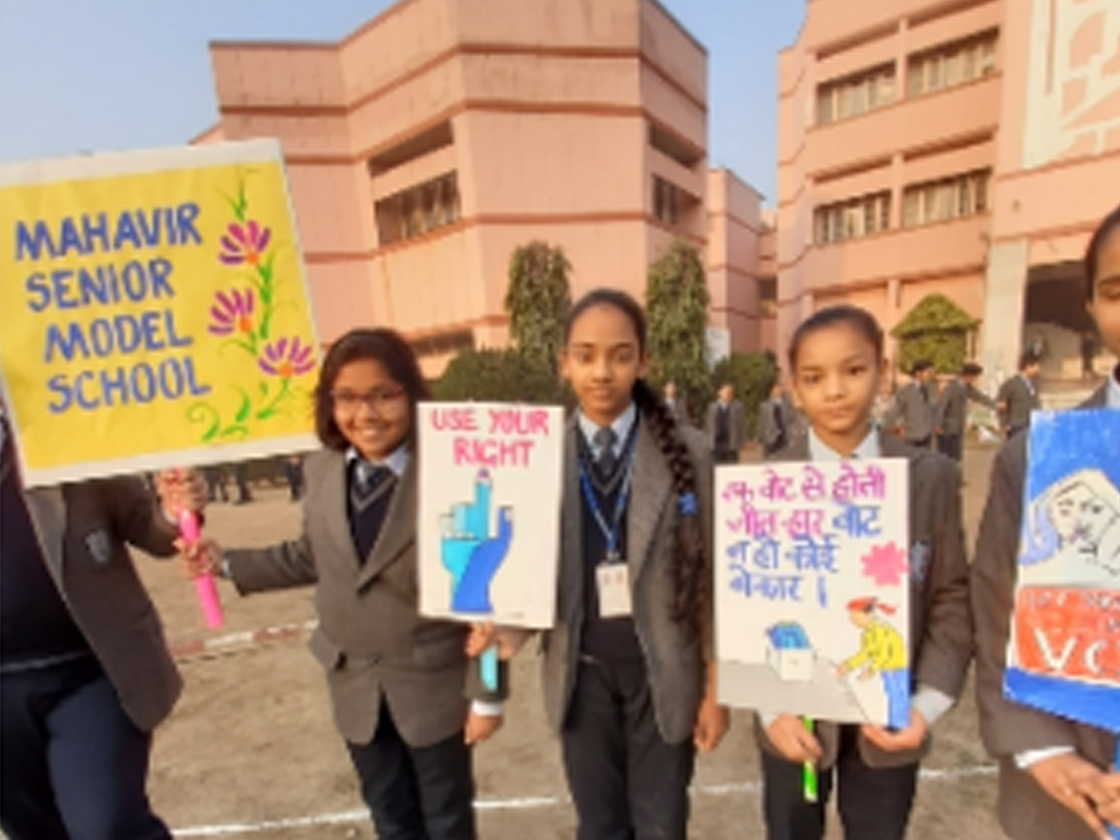 A human chain is a form of demonstration in which people link their arms or join hands as a show of political solidarity
Keeping this thought in mind, an event to form a massive human chain was organized on the grounds of MAHAVIR SENIOR MODEL SCHOOL to create awareness about the importance of voting in the upcoming elections on 8th Feb 2020.
In this event our Mahavirians enthusiastically participated  by displaying placards and posters with the objective of creating  voter awareness ,to increase voter turnout,importance of exercising franchise.
We at Mahavir school  are embarking on an ambitious task to strengthen our country's democracy. It will be an educational gesture from children to their parents and every adult to understand the importance of their role in exercising their franchise.
let's all take an oath to vote
I an Indian citizen ,take oath that I will exercise my valuable right given by the constitution of India,of casting my vote,under every possible circumstance and whenever I get the opportunity. Election of our representative by voting is not only our right but also our duty towards our country.
I will make all possible efforts to use my vote and elect a public representative who would meet nation's expectation  and
I also take a oath I would encourage other people to vote with awareness.
"Your country's future is in your finger tips...vote for better India"
Every election is determined by the people who show up