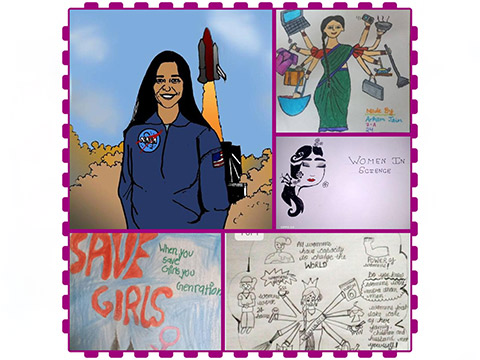 International Day of Women and Girls in Science

There is no force more powerful than a woman determined to rise .

The International Day of Women and girls in Science is the 11th day of February by resolution of the UN General Assembly on 22 December 2015. This year the theme is "Beyond thr Border: Equality in Science and Society."

The day recognizes the critical women and girls play in science and technology.

The day’s purpose is to promote full and equal access to participation in science for women and girls.

This Day is a reminder that women and girls play a critical role in science and technology communities and that their participation should be strengthened.
Its more important than ever to recognize women’s contributions in science, smash sterotypes and defeat discrimination against women and girls in science.

Plethora of activities is organised by Science department for our young Mahavirians and they are as follows: